Bitcoin’s designation as ‘digital gold’ has been partly because of its impressive and relatively stable upward trajectory year over year. However, there is a lot to be said about a utility token

With an increase in the usage of cryptocurrencies, many types of token keep popping up. Tokens can represent value, or... More like Binance Coin (BNB), that out-performed the biggest cryptocurrency by over 40 percent at the end of last year. 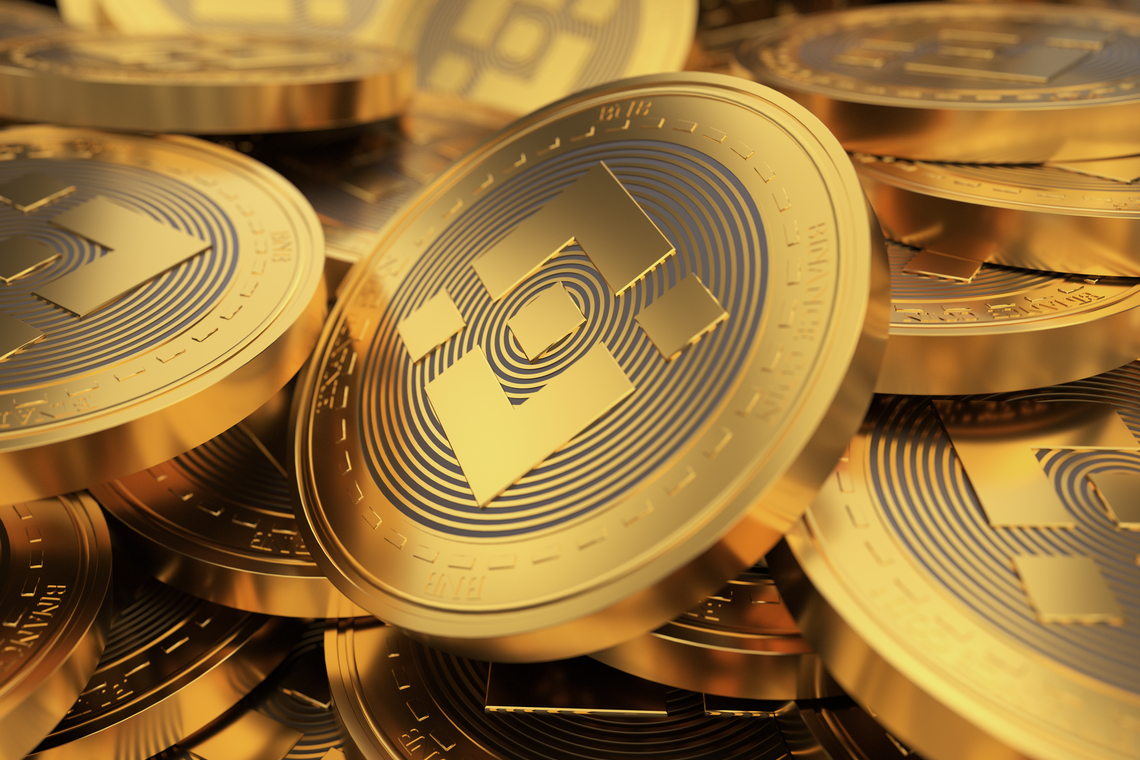 Interestingly, only four of the top-ten cryptocurrencies experienced gains in 2019. Besides Bitcoin and BNB, Litecoin (LTC) was up 29 percent, and Bitcoin Cash (BCH) rose 24 percent. More so, all of those that did manage to come up green at the close of the year did so off positive Q1 and Q2 performances as the entire second half of the year came up red for the top-10 assets. 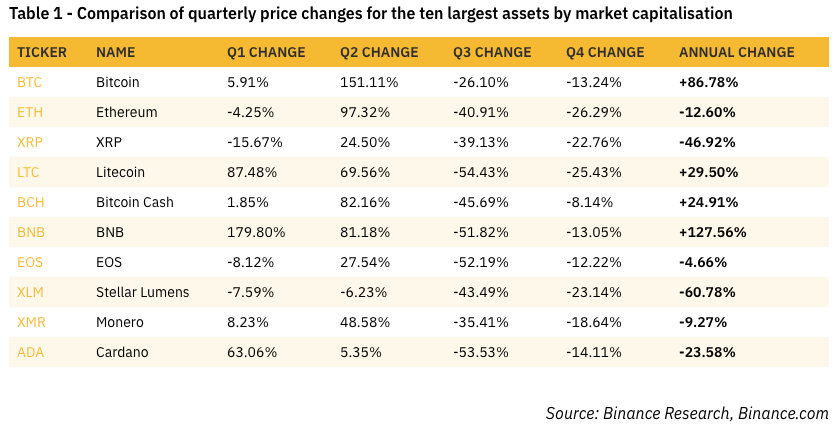 Looking outside of the top-10 and into the top-19, there were a few other cryptocurrencies that managed to best Bitcoin’s 86 percent gains — specifically Tezos, Huobi Token, and Chainlink. However, Bitcoin’s market dominance rose substantially from 52 percent to 68 percent, just one percent off its yearly high of 69 percent in September.

It is easy to observe, in layman’s terms, that the cryptocurrency market generally moves as one, and is mostly led by Bitcoin at the top. If Bitcoin suddenly spikes in price, often the cryptoassets behind it follow suit, showing a strong correlation.

In fact, when it came to large-capitalization cryptocurrencies, there was no sign of negative correlations at all.  The lowest correlation score of the bunch was Tezos (XTZ) with a correlation coefficient of only 0.3 on a scale of -1 to +1.

The highest correlated coin to BNB was Ethereum. It held this spot throughout the year with an average correlation coefficient of 0.69. Programmable blockchains like Ethereum, EOS, and NEO, also showed higher median correlations with each other than alternative assets.

Binance concluded that, in terms of correlations, there are a number of idiosyncratic factors at play, such as the clusters of programmable blockchains, as well as the existence of the so-called ‘Binance Effect.’