After a long downtrend that spanned the entirety of 2018, the cryptocurrency market has been increasing throughout 2019. However, the Bitcoin

BUY NOW price has increased at a faster rate than most altcoins, delaying the initiation of an “altseason.”

Altseason is a term used to indicate a period in which the majority of altcoins post remarkable increases.

Many people have been speculating on when this possible altseason might begin. If we make a prediction based on the 2015 movement, alts will begin to increase before the end of the year.

Cryptocurrency trader @888velvet outlined the relationship between the Bitcoin price and the altcoin market cap during the 2015 Bitcoin bull run, outlining the point of maximum financial return.

Making a comparison with the current movement, it seems as if we are very close or have already reached this point. Soon after, the acceleration rate should pick up, eventually surpassing that of BTC.

Let’s take a closer look at both movements and compare their similarities.

The altcoin cap marked the end of a downtrend slightly after the BTC price reached a high of $504 on November 2, 2015.

After this point, which in the tweet is marked by “The point of maximum financial opportunity”, the altcoin cap increased by a massive 1350% until August of the same year.

This completely dwarfed the rate of increase of Bitcoin, which was a measly 104%. 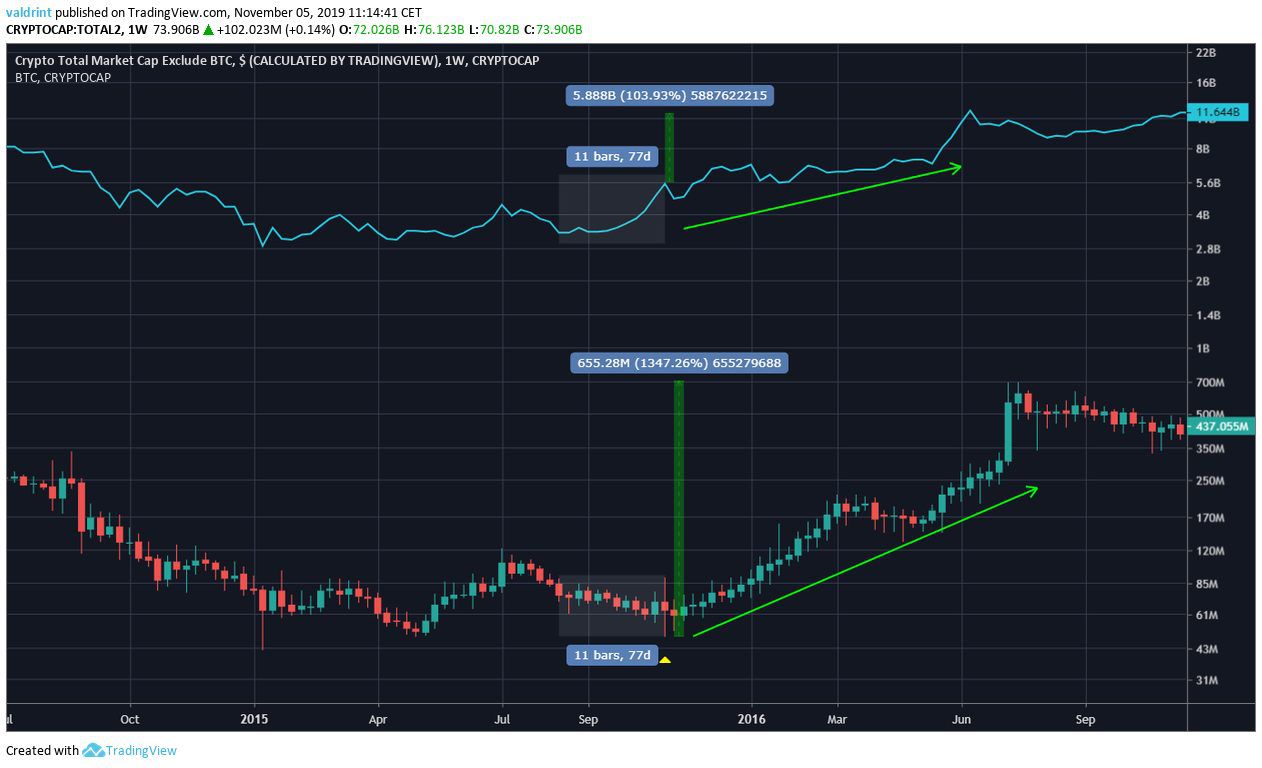 In the current movement, the altcoin cap has possibly marked the end of a downward movement with a low reached on September 24.

The Bitcoin price movement, however, has not been identical, since the price has made a lower high instead of a higher high.

Afterward, during the increase on October 25, the Bitcoin and altcoin caps went in the same direction, indicating a possible convergence in which price increases in BTC cause the same in alts.

If we go by the previous fractal, BTC should reach a higher high, combined with the same for alts, before the rate of acceleration picks up and passes that of BTC. 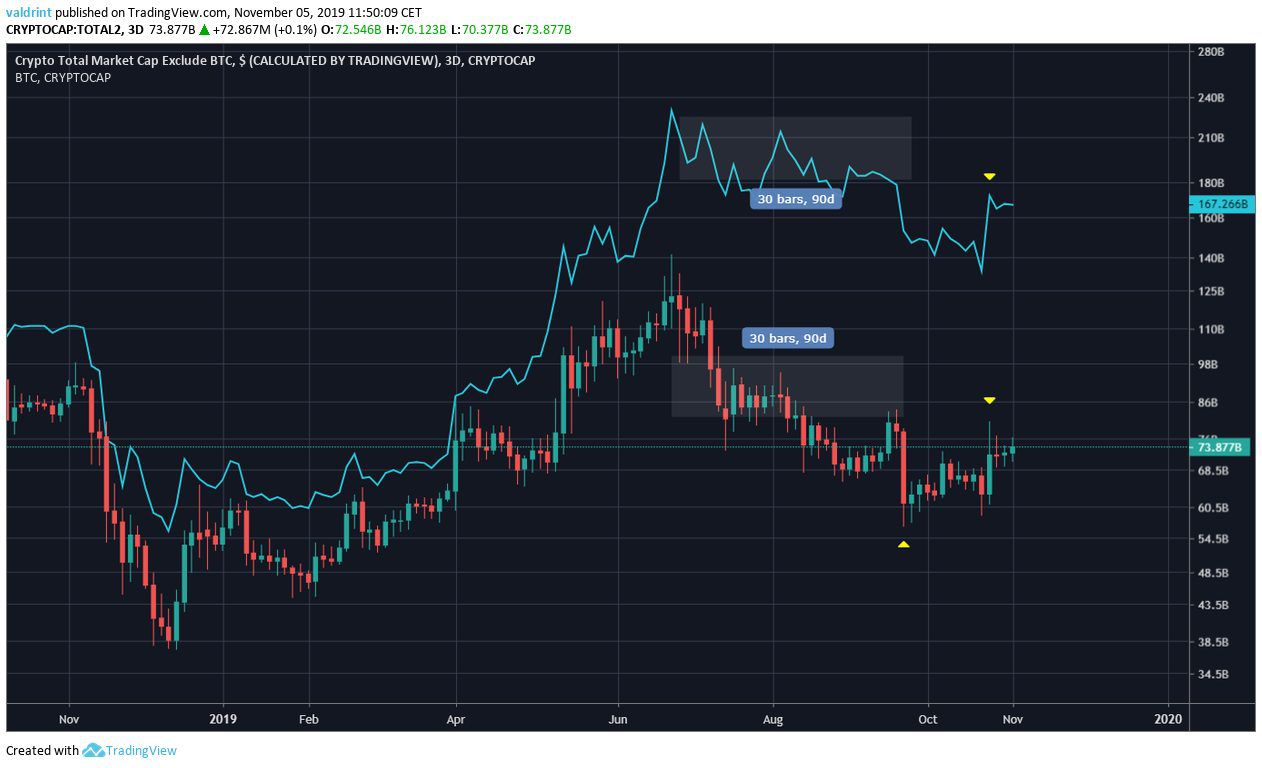 This is in line with our previous analysis of the possible beginning of altseason.

90 Percent of Cryptocurrency Firms May Be Bankrupt in Six Months: Swiss Blockchain Federation
#Companies News 1 month ago
Up Next
Stellar Burns More Than 50% of XLM in Circulation — Price Spikes as a Result
Altcoin Analysis 7 months ago
Related News