Weiss Crypto Ratings, the agency which periodically ranks digital assets based on several qualities, recently tweeted that the Cardano (ADA) blockchain is superior to the EOS one. However, in Weiss Crypto’s official page, EOS is still ranked with “A-” while Cardano only has a “B+.”

Since Bitcoin made a rapid upward move on October 25, many altcoins have posted significant increases. Some of the most notable have been VET, NEO, XVG, and ZRX which at one point increased by 130%, 90%, 82% and 71%.

Crypto analyst @CryptoMichNL stated that the market outlook for ADA and ZIL looks very similar to that of VET and ZRX prior to their upward moves.

$ADA and $ZIL look like $VET and $ZRX prior to their big move.

Let’s analyze ADA and ZIL and see if they are likely to make similar upward moves.

The Cardano price had reached a low of 400 satoshis in August, September, and November. Each time, a long lower wick was created as the price moved upward. This is a sign of buying pressure.

The lows were combined with a significant bullish divergence in the RSI.

The price is following an ascending support line, which when combined with the resistance area at 530 satoshis creates an ascending triangle. 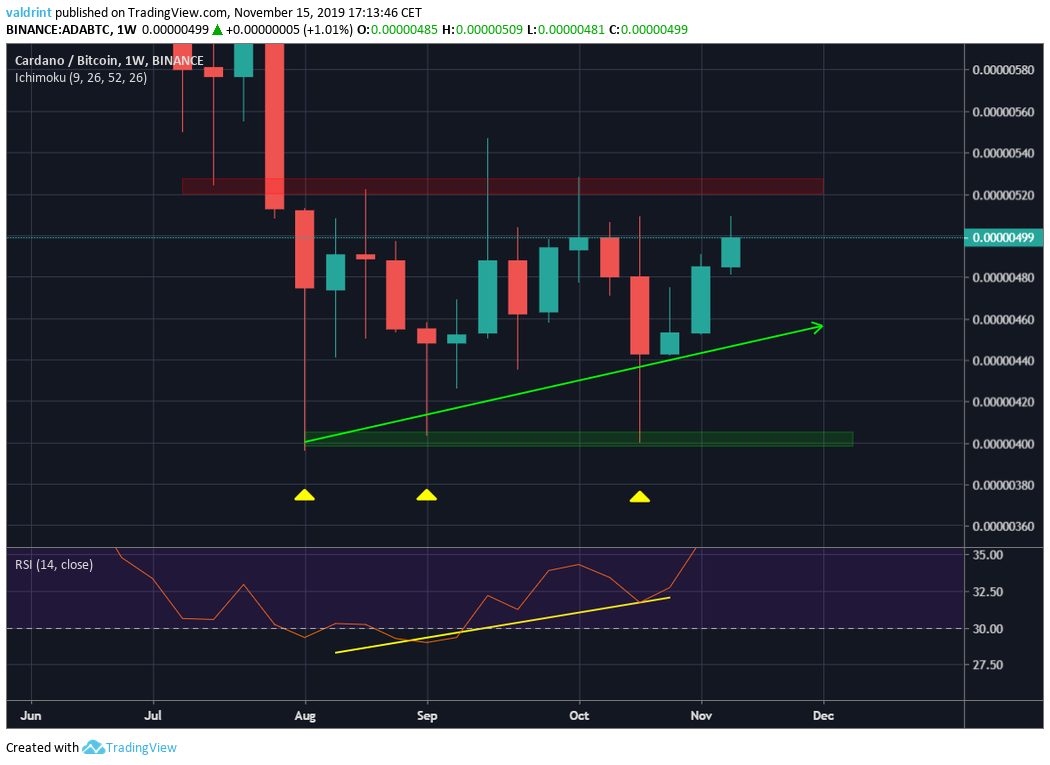 In the short-term, ADA is trading inside an ascending channel. The slight bearish divergence in the double top at 500 satoshis makes it likely that it will decrease.

It is possible that ADA breaks down from this channel and reaches the support area at 470 satoshis.

However, the long-term outlook remains bullish, and once the price breaks out from the resistance at 530 satoshis, it could initiate a very rapid price increase. 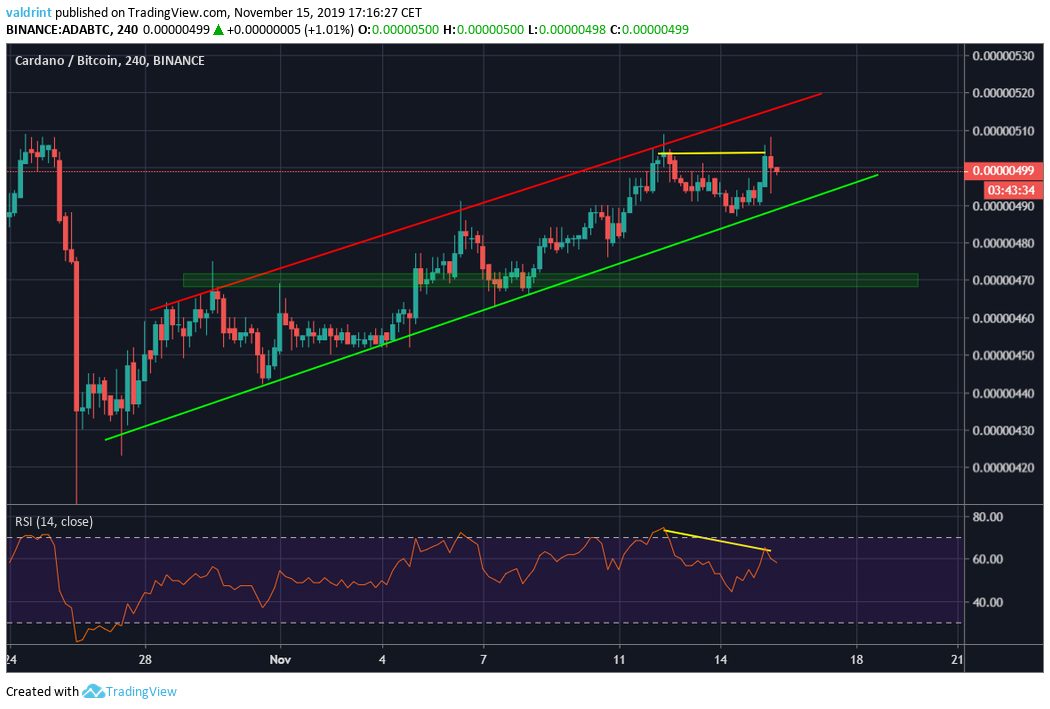 The ZIL price has been trading at an all-time low for most of 2019. However, once it reached a low of 66 satoshis on August 9, it began to generate significant bullish divergence in the RSI.

It began an upward move on October 24 and has been increasing since. On November 15, it moved above the 100-day moving average and the 75 satoshi resistance area. It looks likely to reach the resistance area at 100 satoshis. 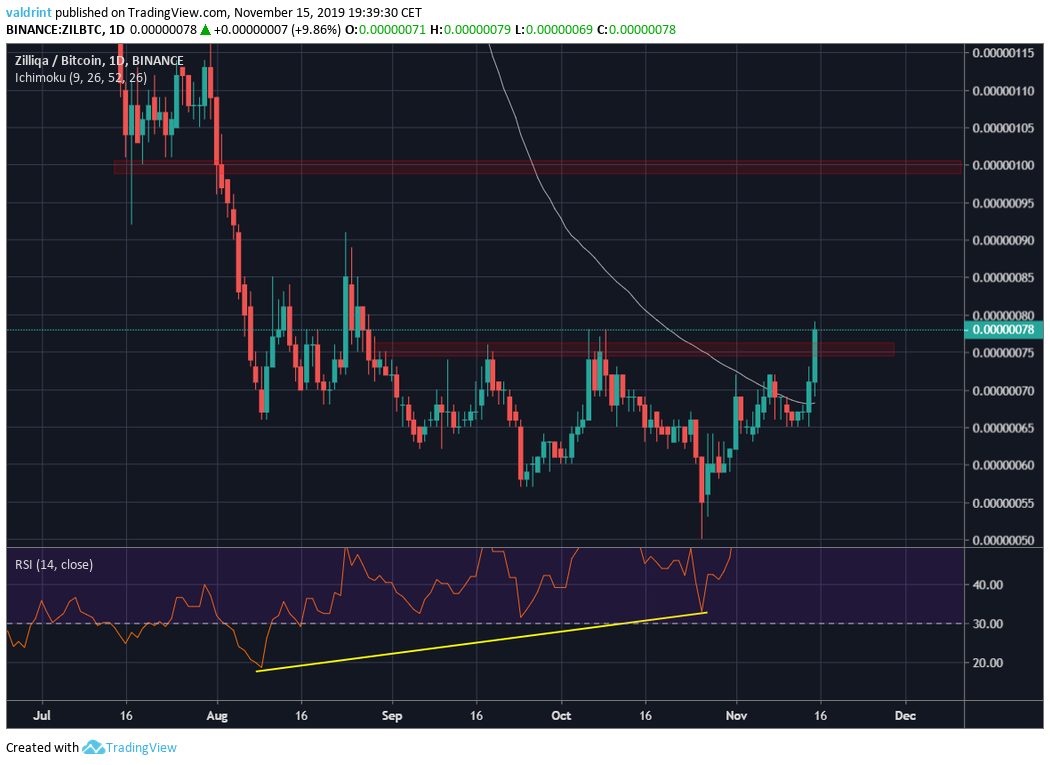 While both the ADA and ZIL price have bullish long-term potential, ZIL has already begun its short-term upward move while a slight retracement seems likely for ADA.